Scotland’s extensive peatlands are central to both climate change adaptation and mitigation through being a carbon sink, securing biodiversity and habitats, and reducing flood risk – to name a few benefits. CXC’s contribution in this area needed to add to the work done by the strategic research programme, which mainly is data collection and model development, and cost-benefit analysis at both national scale and at the RSPB Forsinard Flows reserve.

CXC’s contribution has been on the need to better understand the potential for peatland restoration and how it might contribute to greenhouse gas emissions reduction in Scotland, for example through the following work:

This work has been in close cooperation with agencies like Scottish Natural Heritage (SNH). SNH have in parallel commissioned research on the scope for blanket bog peatland restoration in Scotland for carbon and biodiversity benefits, and published a range of resources for peatland restoration.

Together, the research was used by the climate change policy team within Scottish Government as oral evidence presented to the Report on Policies and Procedures (the mechanism for implementing the Climate Change (Scotland) Act), and a Rural Affairs, Climate Change and Environment (RACCE) Committee meeting on the benefits of peatland restoration. Interviews with members of the policy community in Scottish Government suggest that the evidence presented to these committees was instrumental in the allocation of £1.7m, subsequently rising to £15m for peatland restoration between 2012-16 as a Green Stimulus initiative, now called Peatland Action. This same body of evidence also laid the foundation for a proposal in the second Report on Policies and Priorities in 2013 that 21,000 ha of peatlands per year should be restored in the period to 2027. Hutton researchers helped draft the national Peatland Plan, which was put out to consultation in 2014.

As is typically the case with impact identification, it is difficult to disentangle the influence of one strand of research evidence (in this case the CXC’s) and the influence of other entities (in this case NGOs and agencies such as the IUCN’s UK Peatland Programme, RSPB, SNH and the Forestry Commission) in shaping a policy decision – in this case, increasing the level of investment from £1.7m to £15m. Social Network Analysis data (Reed et al., in prep.) suggests that NGOs and agencies played an important role in translating research evidence from CXC research and elsewhere on the GHG benefits of peatland restoration to Scottish Government at this time. 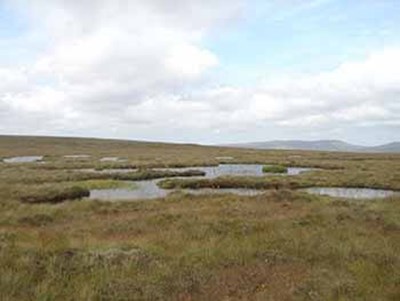