Solar power has the potential to meet a significant amount of Scotland’s energy needs, whether by installing photovoltaic (PV) panels on roofs or constructing solar farms. According to the Scottish Government there is enough capacity in Scotland to power the equivalent of over 50,000 homes, and solar PV can also play an important role in local energy schemes in remote rural or island locations.

We’ve been tasked with providing data on realistic solar power output to the Scottish Government for use in their existing energy system models - including the Scottish Electricity Dispatch Model (SEDM) and the Scottish TIMES model. These models are used by members of the Energy Team to test possible routes to de-carbonising the energy supply and make sure that it is possible to keep the lights on without further damaging the climate. Our solar dataset will extend the capability of both models to include solar PV. As the electricity network in Scotland is fully integrated with that of England and Wales, we need to provide data for the whole of the island of Great Britain (GB).

Two different inputs are required for the energy models: available solar resource and existing installed capacity. This blog post looks at some of our findings from gathering data on the second of these, and how solar resource is currently distributed around Great Britain and Scotland.

The solar power dataset needs information on the location, type and capacity (power rating) of the existing installed capacity across Great Britain. We gathered data from information published by the UK government on solar installations that are in the Feed-in Tariff scheme, and those that had applied for planning permission. We only included installations completed by the end of 2016.

Our findings so far 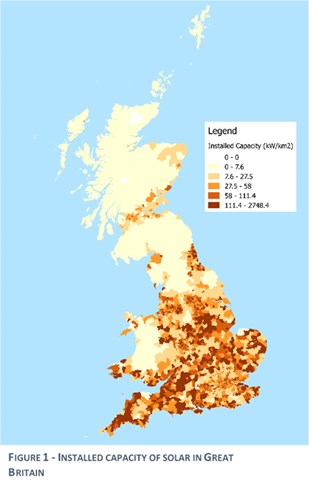 Figure 1 shows the distribution of existing installed capacity of solar photovoltaics across Great Britain for each postcode district (normalised by area). It can be seen that there is some solar installed in almost every part of the country, but most existing PV is in central and southern England. 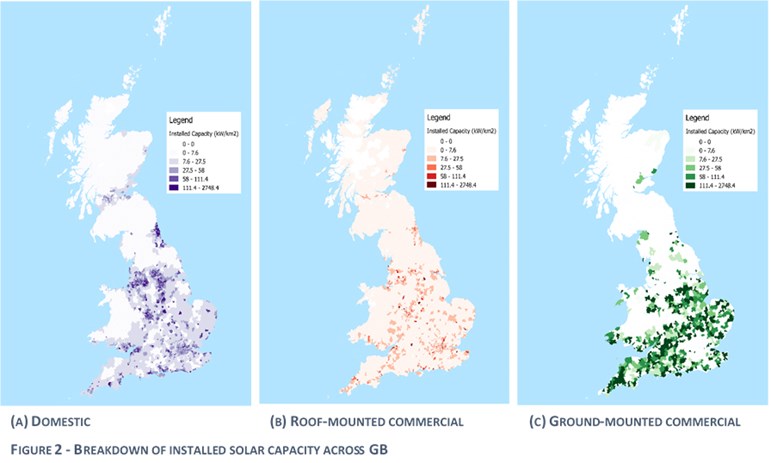 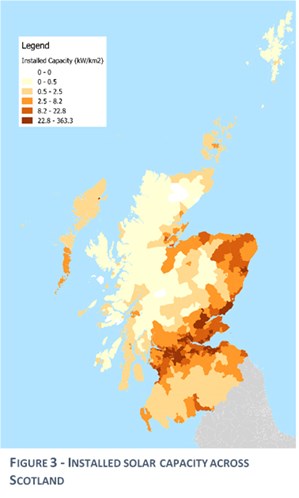 Focussing in on Scotland, Figure 3 shows that the existing installed capacity is concentrated in the central belt and east coast. In the breakdown (Figure 4) we can see that this is because most of the installed capacity is domestic installations, which tend to be concentrated in the more densely populated areas. There are currently only a handful of solar farms in Scotland (Figure 4c). One of the purposes of this project will be to identify locations in Scotland where it may be worthwhile to increase the installed solar capacity. 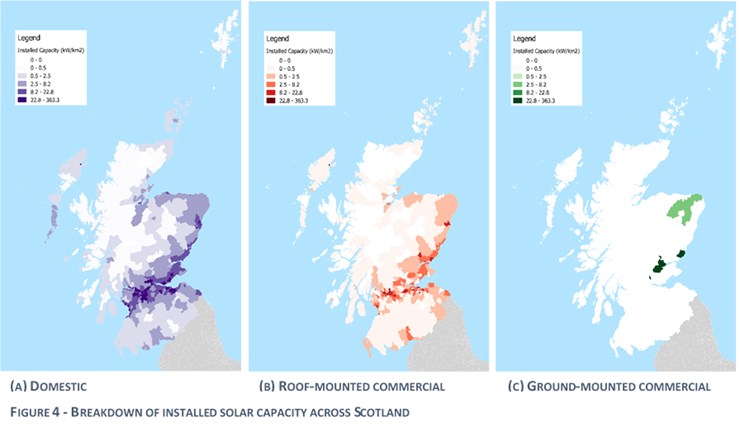 Camilla Thomson works at the School of Engineering, Institute for Energy Systems, University of Edinburgh. This project was a ClimateXChange funded fellowship.