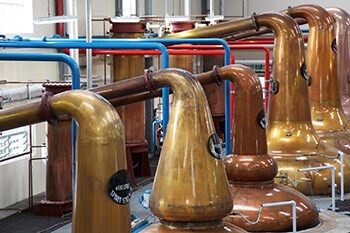 The process of distilling whisky creates by-products
that can be a feed source for sheep and cattle.

This report looks at the entire lifecycle impacts of using some forms of these by-products in renewable energy, traditional animal feed or concentrated dark grains animal feed.

The initial report was published in November 2017, and shared with key stakeholders. We were asked what happened when only draff was produced (i.e., no pot-ale), which prompted a further analysis.