This information session on unconventional gas was run jointly by ClimateXChange, the Royal Society and the Royal Academy of Engineering for Scottish Government policy teams. 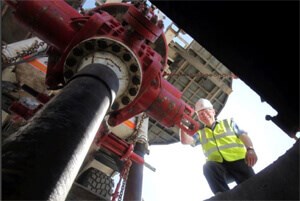 The distinction between ‘conventional’ and ‘unconventional’ islargely down to geology: conventional reservoirs are typically sandstones (and sometimes other hard rocks) whereas unconventional gas targets include rocks traditionally regarded as ‘source rocks’ rather than reservoir rocks, e.g shale, coal etc.

The first session focussed on the findings of last year’s joint academies review and what we know about unconventional gas resources.

The second session looked at risk and public consultation/engagement.