The impact of Wind Farms on Scottish Tourism 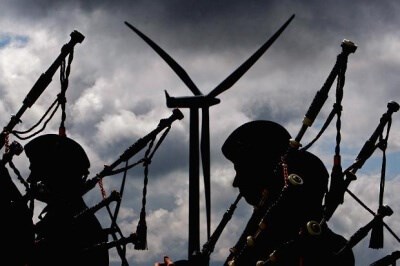 Given the increase in wind farm development in Scotland, the Scottish Government asked ClimateXChange to identify what new information exists on the impact on tourism of wind farms, and to consider what new conclusions may be drawn from this information.

We considered new evidence on public and tourist attitudes towards wind farms. We also analysed data from regions comparable to those studied by the Moffat Centre and found no evidence to suggest that subsequent wind farm development in these areas has had an adverse economic effect on tourism. Overall, we found no new evidence to suggest that wind farms are having a discernible negative economic impact on tourism in Scotland.

Our report has fed in to policy understanding of the wider implications of renewables development. We hope it will provide a useful starting point for further research in this important area.

In view of the on-going proposals for further wind farm developments, the Scottish Government asked ClimateXChange to compare approaches used in a wide variety of studies that have considered the impact of onshore and offshore wind farm development on tourism. The report was published in March 2015. It concludes that mixed and interdisciplinary methods can offer the most comprehensive understanding of the effects of wind farm developments on tourism and recommends an approach for future work.