SCCAP objectives:
N2: Support a healthy and diverse natural environment with the capacity to adapt

Breeding numbers of seabirds in Scotland:

Breeding success of seabirds in Scotland:

Mean numbers of breeding seabirds in Scotland: declined (overall decline of 38% between 1986 and 2016)

Scotland is internationally important for its twenty four species of breeding seabirds, hosting most of the UK population (SNH, 2018). Climate change is considered to be the principal driver of declines in seabird populations. Warmer winter sea temperatures in the North Sea have affected the food chain: changes in the species composition and abundance of plankton have had a detrimental effect on sandeel (the major food source for most seabirds) numbers and quality (Daunt et al, 2013). Breeding phenology of seabirds is changing; some species are breeding later and some earlier. This is causing a temporal mismatch between prey availability and the breeding season. This de-synchronisation of interactions between species can disrupt the functioning of ecosystems (Daunt et al, 2013).

This indicator includes data for sixteen species of seabird, out of the twenty-four that breed in Scotland regularly. It measures both the numbers of breeding seabirds and breeding success (each of these metrics is based on 12 species, for which sufficient data is available), to help us understand whether climate change is impacting upon the numbers of existing migratory seabird populations in Scotland. Breeding success measures the number of chicks surviving to fledging. It tends to vary far more year to year than seabird numbers, and is a good indicator of within season effects, whereas population numbers are likely to change slowly over time. It is a Scottish Biodiversity Indicator and the information provided is drawn from Scottish Natural Heritage (SNH) analyses of these indicators and underpinning data (SNH, 2018).

Seabirds are a good indicator of the overall status of marine environments and, because they breed on land, can be monitored relatively easily. All of the species included in this indicator are Red or Amber listed as Birds of Conservation Concern; European shag, Arctic skua, Atlantic puffin, black-legged kittiwake and herring gull are Red listed (Eaton et al, 2015; cited in SNH (2018).

The indices of numbers of breeding birds and breeding success are shown in Figure 1.

Figure 1: Numbers of breeding seabirds and breeding success of seabirds in Scotland, 1986-2016 (Source: SNH, 2018 (based on data provided by JNCC))

Note: Axes are not scaled to zero.

Table 1 shows the trends in numbers and breeding success for the individual species for which data is available.

Scotland hosts the majority of the UKs breeding seabirds. Over much of the 20th century seabird populations in the UK overall increased in abundance, with a 55% increase recorded between the late 1960s and the late 1990s, although for some species numbers had peaked before the end of the century. Except for the black guillemot, all species have declined more rapidly in Scotland than in the UK overall (Daunt et al, 2013).

As the climate changes, the species composition of Scotland’s seabird population is likely to change. Many seabird species in Scotland are at the southern edge of their range and northwards range shifts are expected. Some species that currently breed in Scotland may move to new locations and new species move in as the climate becomes more suitable.

There is considerable variation in the trends among the 12 species assessed for breeding numbers. Arctic skua has experienced the largest decline, 77% since 1986. Common tern is the only species to have increased numbers in 2016, at 159% of the 1986 level, after a long trend of declining numbers.

Across the time series since 1986, breeding success has varied among the 12 species assessed. In 2016 it was above the long-term average for six species (Arctic tern; black-legged kittiwake; common tern; little tern; northern gannet and Sandwich tern), while two species (Great skua and herring gull) had lower breeding success. The other four species (Arctic skua; Atlantic puffin; Guillemot and Northern fulmar) were around the long-term average.

There is significant regional variation in seabird numbers and breeding success across Scotland, with the Northern Isles seeing the most serious declines.

The reasons behind declines in seabird numbers and breeding success are complex, involving a combination of changing food availability, climate change and the impact of non-native species (Foster & Marrs, 2012).

SNH (2018) link the large declines in numbers of Arctic skua to the declining availability of sandeels around their Northern Isles breeding stronghold, together with increased predation from great skua (Meek et al, 2011; cited in SNH, 2018).

Some species that have seen a declining trend in numbers may now be stabilising at a lower level (compared to the 1986 baseline). Research by Foster et al (2017) indicated a link between fishery landings and gull numbers; whereby a steep decline was followed by stabilising of numbers on the Isle of Canna. Given the increase in seabird populations over much of the 20th century (see ‘What has happened in the past?’ above), these lower numbers may be more typical of population sizes prior to the increases from the 1960s (SNH, 2018).

MCCIP (Daunt et al, 2013) provide more detailed information on these and other factors, including:

Information is also available on the major threats to specific migratory seabird species:

Common guillemot:  oiling; overfishing of sandeels; climate change; disturbance to colonies (Harris and Wanless, 2007 in Foster & Marrs, 2012).  On the Isle of May it has been noted that the failure of guillemots to breed was due to the lower quality (energetic value) of sandeels rather than fewer fish being brought into the colony (Wanless, 2005 in Foster & Marrs, 2012).

Sufficient data is available to identify trends in breeding numbers for 12 of 24 species, and breeding success for 12 species.

This is a Scottish Biodiversity Indicator and the information provided is drawn from SNH analysis of the data (SNH, 2018). Simon Foster (SNH) provided the data and interpretation of trends. The underpinning data is from the Seabird Monitoring Programme. The species trend data provided in Table 1 is from the Joint Nature Conservation Committee’s ‘Seabird Population Trends and Causes of Change: 1986-2015 Report’ (JNCC, 2016).

Suzanne Martin (RBGE) contributed content to the 2016 version of this indicator. 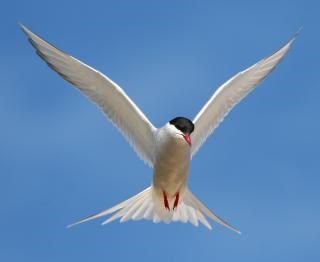