This document provides a summary of information currently available. There is curretly no appropriate data available to provide quantitative indicators.

Electrical power is essential for functioning of modern society. The physical infrastructure for generation may be vulnerable to flooding, the frequency and intensity of which is likely to be increased by climate change (Scottish Government, 2011).

As of 2014, more than 60% of Scotland’s energy generating capacity was provided by four major power stations (each of them with a  capacity above 1,000MW) (Scottish Government, 2014; DECC, 2014a): Hunterston B, Torness, Peterhead and Longannet[1]. Hunterston B and Torness are nuclear power plants, Peterhead is gas-fired, and Longannet a coal-fired power station which has subsequently closed (March 2016).

Calculations based on current figures suggest that if operation were interrupted at any one of these power stations, Scotland’s generation capacity would decrease by more than 10% (Scottish Government, 2014; DECC, 2014a).  However, the actual felt impact of a power outage at one of these major power stations would depend on a range of factors, such as whether the outage occurred during a period of peak demand, the effect of any maintenance work on the network, the state of renewable generation and the option of supply from interconnectors.

BE1 and BE2 are risk indicators that cover the risk to major power stations, and thus to energy supply, posed by flooding, and of the resulting societal impact due to the energy generation that could be lost. BE3 is an action indicator, covering action taken to mitigate the risks.

BE5 Major electricity substations at risk of flooding

According to the Scottish Environmental Protection Agency’s indicative flood maps (SEPA, 2015) there is a medium risk of fluvial flooding (1 in 200 year flood) for Peterhead Power Station and it is bordered by areas at risk of surface water flooding. Hunterston B is at low risk of coastal flooding, and high risk of surface water flooding. Torness does not appear to be located in an area at risk of flooding.

Both Peterhead and Hunterston B are located in areas designated as Potentially Vulnerable Areas (PVAs), which indicate where the risk of flooding is significant enough to justify further assessment of flood risk and further identification of necessary protection measures. All power stations in the UK at risk of flooding have additional flood protection measures (Indicator BE3). Power stations are built to withstand extreme flood events as required by the planning system (Andy Limbrick, Energy UK, Personal Communication). However, attempts to obtain more detailed information on the safety standards have thus far been unsuccessful[1].

There have been no recorded power outages due to flooding of power stations in Scotland. Moreover, because the share of electricity generation supplied by renewable energy sources is increasing (32% in Scotland in 2013) (DECC, 2014b) generation is becoming more decentralised and thus less susceptible to disruptions as a result of outages at major power stations.

Scotland is covered by the National Grid, so it is expected that if there were a failure, back-up power would be provided by other sources.  The trend towards a more distributed generation capacity (through renewable energy) is increasing this security.  Likewise, the grid interconnectors between Scotland and England also increase supply security.  Additional interconnector capacity is being developed on the west coast, and while this is aimed at the export of renewable energy from Scotland to England, it also provides the option of energy import, in the event of a major generation outage in Scotland.

This document is indicative only and should not be viewed in the same way as other indicator templates for which information and data have been more accessible.  This is because: 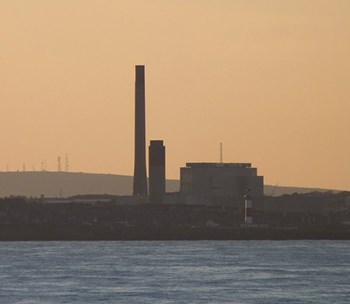