The Scottish Government has set very ambitious targets and policies in its Climate Change Plan to decarbonise the energy system. The Scottish TIMES model is as a key tool informing these new climate change policies.

However, while TIMES is a highly regarded model used in many countries, it is important not to solely rely on a single model or a single analysis for complex policy assessment. CXC has been involved through the development of the Scottish TIMES and in engaging stakeholders in scrutinising and improving the model in order to deliver more reliable and effective energy efficiency policy:

Overall these projects exemplify the flexibility the CXC resource offers, and the ability the Centre has to respond to specific issues within a longer term policy support strategy. 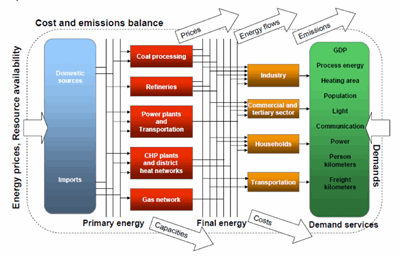 Related Projects
Read more about what we do
Contact