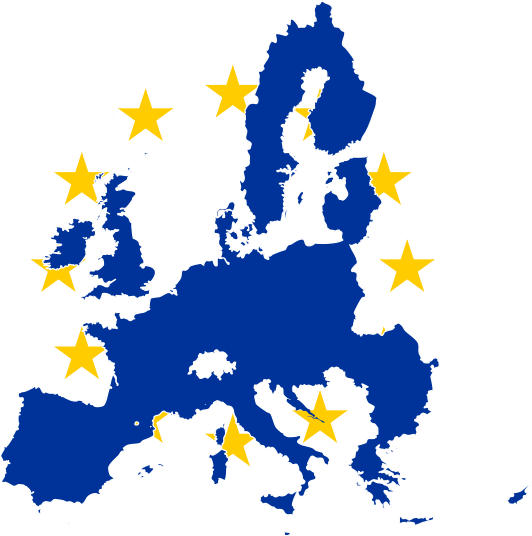 The EU referendum outcome poses existential questions for many areas of UK social, economic and environmental policy, particularly those which are part of embedded European multilateral relationships. Energy policy is one such area. Even before the referendum, the energy sector was facing the prospect of disruptive change, as a combination of technological, economic, social and political forces challenge established ways of provision and consumption.

The scale and scope of uncertainties has now greatly multiplied. Alongside more immediate concerns, such as the prospect of rising wholesale costs and consumer prices as a result of reduced investor confidence and currency fluctuations, there are longer term concerns regarding the path ahead.

A number of structural trends have shaped an increasingly influential European level energy policy over the past number of decades: increasing market-based competition, energy security concerns and decarbonisation. While these are likely to remain common international concerns, Brexit will leave the UK with much diminished influence on EU energy policy, at a time of increasing integration of market, security and climate agendas. Outside the EU, even if it is able to negotiate access to the internal market in energy, the UK would have little say over policy direction and market rules at the very time when a new integrated policy architecture is finally beginning to emerge.

A more integrated European energy policy has long been an ambition of the EU. The Energy Union, launched in 2015, aims to bring national energy policies in member states closer together to address common policy challenges more effectively and affordably. This integrated vision is still in its early stages: each EU member state has recently begun to draft integrated national energy and climate plans. The Energy Union proposes integrated policy efforts in five substantive areas: supply security; energy market; energy efficiency; emissions reduction; and research and innovation. Rather than a single overarching policy, it is a package of measures spanning several pieces of existing legislation, including renewable energy, the single energy market, regional markets and co-operation, heating and cooling, urban policy, maritime policy, gas security of supply and trans-European energy infrastructures.

The UK energy system and the prospect of Brexit

The UK energy system is embedded in international networks of trade and infrastructure which have evolved over decades. Brexit will not bring about energy independence – like the EU as a whole, the UK is a net energy importer and will still need to trade internationally, including with its nearest neighbours. Energy trade is reliant on capital intensive and ‘lumpy’ infrastructure which, once built, creates a collective incentive to utilise shared assets as efficiently as possible. For example, the UK is a key international trading hub for gas – and plays an important part in maintaining a ‘liquid’ European market for gas.

More broadly, the UK (and Norway) pioneered the development of competitive markets for energy supply, and many of the reforms associated with the UK model, such as the separation of natural monopoly network and competitive wholesale and retail markets, have been written into successive legislative packages underpinning the EU’s Internal Energy Markets for gas and electricity. Although some member states have been slow to open-up their domestic markets, the push for competitive markets and cross-border trading is now strongly embedded in the Energy Union vision, with the promise of a more affordable, sustainable and secure future energy systems for member states.

The prospect of Brexit raises concerns over much needed investment in the UK’s energy infrastructure. For example, it may undermine the case for building the electricity interconnectors needed to enable market integration. The UK’s electricity generation fleet is ageing and significant new investment is required over the coming decades to replace it. To ensure projects go ahead and to avoid a costly risk premium, the UK government needs to reassure investors that it will stand behind its contractual obligations and the integrity of the levy control framework which pays for low carbon investment.

Assurance about the longer term direction of travel in terms of power sector decarbonisation over the coming decades will also help to reduce uncertainty and mitigate investor risk. The UK’s Climate Change Act is national legislation and will not be directly affected by a Brexit – indeed soon after the referendum the UK Government approved the recommended 5th carbon budget, covering the 2028-32 period. Even if the UK is no longer obliged to comply with European energy and climate directives, these national carbon budgets leave little room for manoeuvre on the basic pathway ahead.

A cornerstone decarbonisation policy in Europe is the Emissions Trading System (ETS). Although the ETS has been ineffective to date in establishing a meaningful carbon price, a reformed ETS promises to open up a lower cost route to decarbonisation across Europe. Like other non-EU countries such as Norway, the UK may vie for continued participation in the ETS even following Brexit, through membership of the European Economic Area or European Free Trade Association, but the acceptability of this to the UK and EU is unclear.

The prospect of Scotland retaining some form of EU membership or close association raises a distinct set of issues. Many of the debates about Scottish energy futures which arose during the 2014 independence referendum campaign – such as the creation of an independent Scottish regulatory authority and the future of the integrated market in Britain – will need to be revisited, now under different circumstances. Already, the new Scottish Government is devising a new energy strategy with distinctive priorities from the UK Government, including an emphasis on localisation of energy systems.

The implications of the EU referendum will be felt for many years to come but whatever the form of engagement between a post-Brexit UK and the EU, it is clear that many ties will remain. For the case of energy, these interdependencies have gathered over time and now stand poised for renewed effort in the face of common challenges. Brexit presents the prospect of much diminished influence over a multinational energy regime which the UK has done much to shape, and of forgone benefits from the shared pursuit of policy aims.