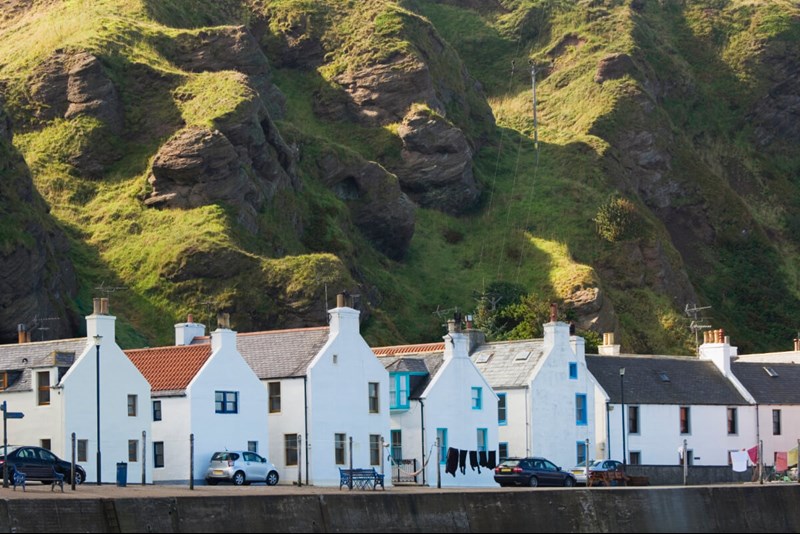 Thoughts from an event on ‘Creating a de-carbonised, competitive and innovative energy system’

I stepped out of St James’s Park station to the ominous sound of a police helicopter hovering low overhead.  Weaving my way through closed streets dotted with armed and armoured police officers, it was impossible to forget that there had been a fatal attack on Westminster the previous afternoon.  And yet, the police presence was the only signal that anything was amiss: the tube journey was the usual crush of wide-eyed tourists and irritable commuters; the shutters of shops and cafés noisily opened up as I passed; taxis, buses and cyclists jockeyed for pole position at the traffic lights. The London community appeared as vibrant and resilient as ever; it felt almost fitting that I was on my way to an event to talk about the power of community action that morning.

Hosted by Public Policy Exchange and chaired by Dr Maria Sharmina (University of Manchester), the day had been advertised as an opportunity for community energy stakeholders to come together to develop strategies to “re-galvanise the UKs community energy sector and establish methods to sustain its impetus”.

This event came at a perfect time for me.  Achieving ‘a smarter model of local energy provision’ is one of the three major themes of the Scottish Government’s recently launched Energy Strategy, and I have just embarked on research for ClimateXChange to better understand the hurdles that local energy initiatives in the UK are facing and how these are being overcome in practice.  This was a great opportunity to explore these issues with stakeholders outside Scotland.

Over the course of the day, we heard from seven different speakers, with a wide range of perspectives and experiences of community energy, at a range of scales. (The full programme of speakers can be found here.)  The presentations and discussions covered a huge amount of ground but there were four key messages that I took home.

One thing that united all the speakers was a palpable passion for empowering local communities to become active participants in the energy system, to enable them to shape a system that better meets their needs.

After several years of rapid growth, several brakes have been slammed on the community energy sector. Major cuts to Feed in Tariff rates, the removal of Social Investment Tax Relief, and the dissolution of DECC (and its Community Energy Unit) have all contributed to a dramatic slowing down of the sector last year.   But despite these increased challenges, a strong belief in the environmental, social and economic benefits that community energy can deliver for local communities, means that significant appetite still remains.

2. Harnessing the latent resources and bonds of trust within communities

Communities might not always have money, but they’re rich in human resources.  Liz Reason, Director of Southill Community Energy told the story of how their 4.5MW solar farm evolved from a “pathetic” first meeting, attended by just three people, to a powerful local collaboration that galvanised a vast range of skills and knowledge lying latent within the community. Unleashing these resources is key to the success of community energy projects.

Trust came up time and time again as something that sets community energy projects apart from other energy projects.  The greater trust placed in community groups than commercial companies, and the advantage this gives these groups for engaging local residents in energy efficiency and behaviour change initiatives, was highlighted several times.  Community-level activity is therefore key to delivering behaviour change required for the success of smart local systems.

That’s not to forget the role that community energy projects can also play in buildingskills, knowledge and trust within communities, which can have positive social impacts far beyond the community project itself.

3. The importance of partnerships

Probably the most talked about issue of the day was the increasing importance of partnerships for community energy projects.

Traditional models of community energy have tended to be almost exclusively focussed on citizens within the community.  There is an increasing recognition of the need to look outwards as well as inwards.  To be open to collaboration and cooperation with commercial, government, and third sector partners, particularly housing associations.

Jodie Giles from RegenSW discussed the work she has done to better integrate community energy projects with commercial enterprises for mutual gain.  Community energy still needs the ‘Big Six’, but the Big Six need community groups too. There needs to be open and transparent conversations about the different roles and needs of different players.

Some concerns were raised about the balance between community and commercial interests. Cara Jenkinson from eN10ergy, flagged up the risk of a reduction in community trust if a community group partners with a commercial company with a negative reputation.  But we were reminded that community energy groups are themselves commercial organisations.

So, a better question might be, how can we develop more sustainable, responsible energy organisations? There are people in commercial companies that are passionate about delivering the best system possible; and there are those within community groups that are self-interested and profit driven. Peter Capener from Community Energy Englandstressed that we shouldn’t always assume that community groups are necessarily ‘right’. All stakeholders need to stay open-minded and understand the needs of both sides.

4. Scaling up without losing out

There was a lot of discussion about innovation – in terms of business models as well as technologies.  There was a general sense that communities should be prepared to be flexible and adaptable, letting go of old models that no longer work.

An interesting question that this raised was whether there is a tension between being innovative and being able to scale the existing sector up and out.  The traditional community energy model has, arguably, enabled the sector to reach some degree of critical mass.  If we let go of these models, do we lose that critical mass?

Ultimately, however, it was recognised that innovation is essential to enable communities to continue be a part of the new energy landscape.  It’s not a choice.

What is a choice, though, is the commitment to retaining the community principles that make community energy what it is.